I do illustrations and graphic design.

©2019 Maija Rahkonen | Template by Bootstrapious.com & ported to Hugo by Kishan B

I made a new penguin illustration recently. I used Inkscape as usual and planned to make just a simple penguin image. The penguin however needed something to look down on and an egg would be too ordinary and not very puzzling for a penguin so why not a pineapple? A surprise pineapple would surely make a penguin ponder for a while. That’s how the Confused Penguin illustration came about.

I was told the image could also have darker connotations if you link it to climate change. Hopefully we won’t get to a point where emperor penguins start encountering wild pineapples wandering about their habitat. 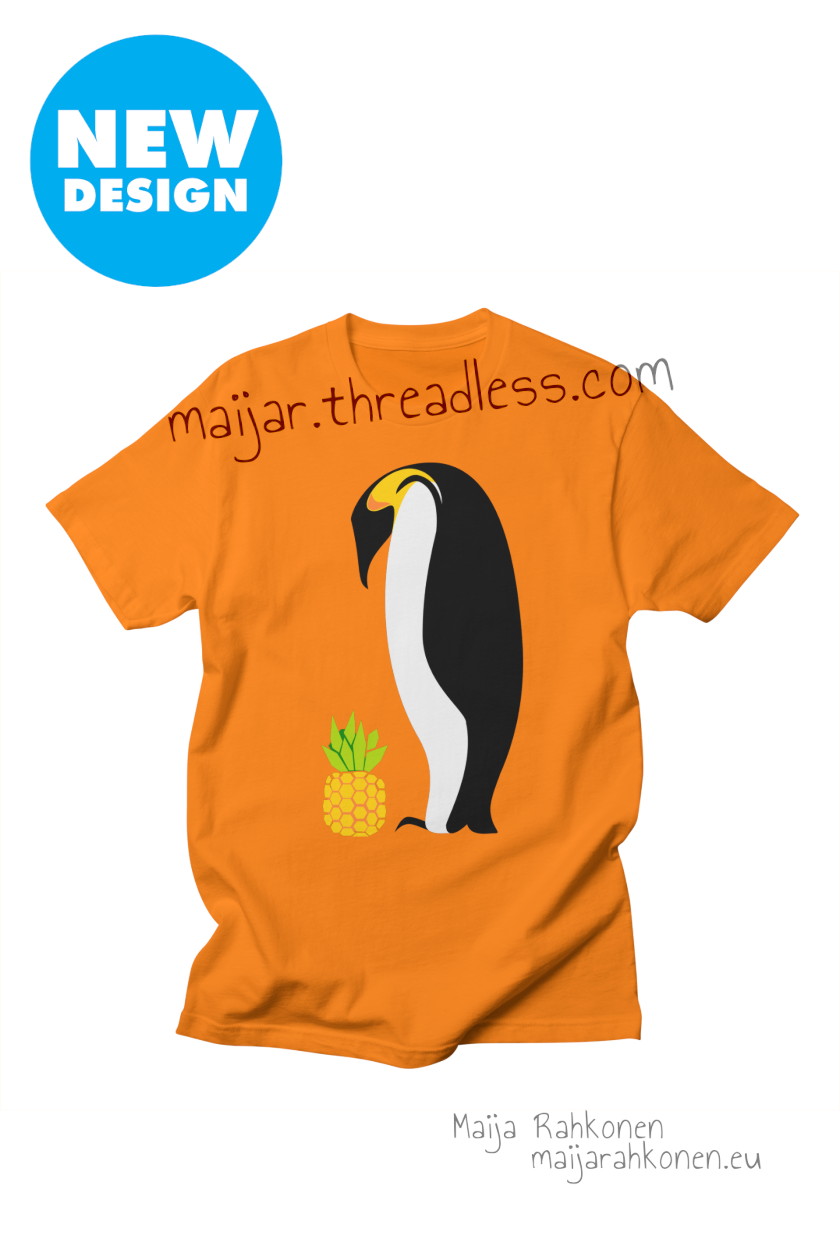 The new design is available in my Threadless store and on Redbubble.